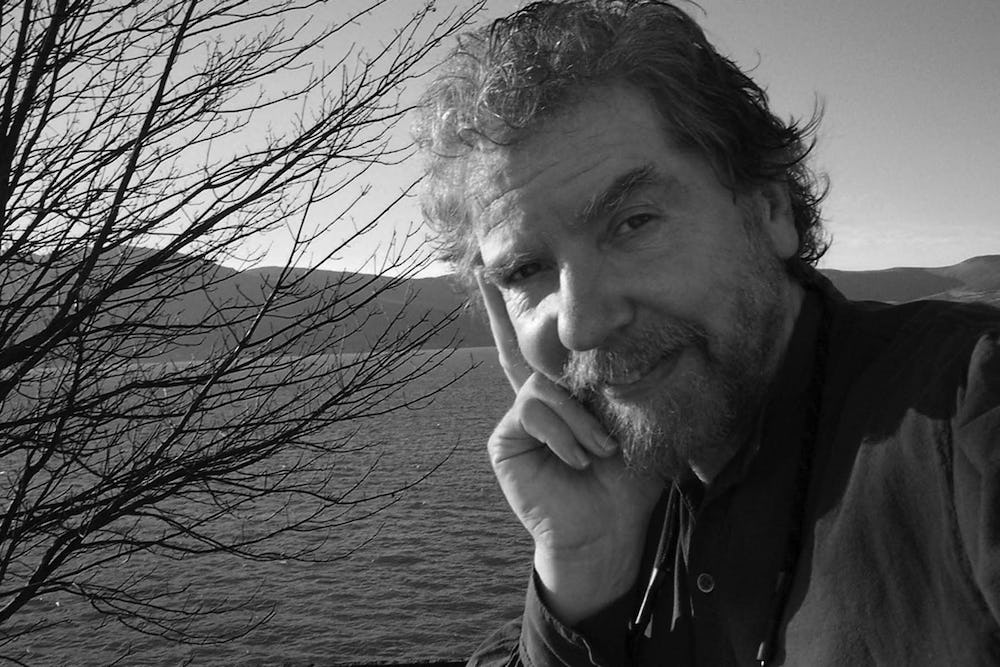 Music of the Loom

Weaving has a long connection to music, particularly in Ireland. We talked to Tommy Sands - singer, songwriter, broadcaster, and member of touring group The Sands Family - about how the rhythm of the loom is deeply engrained into folk music.

When Tommy Sands was growing up on the family farm near Mayobridge in County Down, he and his siblings milked their two cows in the morning.

"Two of us milked, the other two held the cow's tail, so it wouldn't swish its tail and hit you in the face," he recalls. "We would sing a song and milk to the rhythm. I remember my father putting his head around the barn door one morning and saying, 'No slow songs this morning, or you'll be late for school again'. So we sang jigs while we worked."

Tommy Sands and the Sands Family are the nucleus of the Fiddlers Green Festival, an annual event that takes place in the village of Rostrevor, close to the Mourne Textiles workshop, this month. 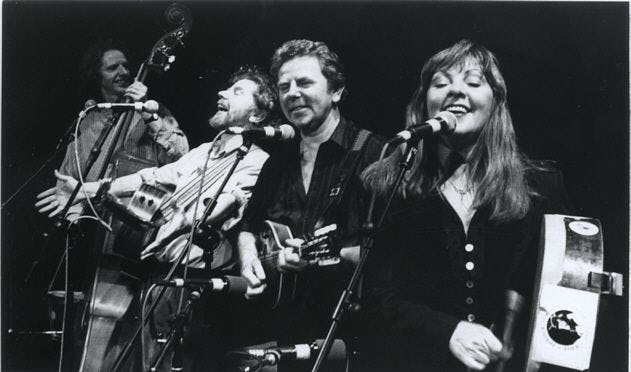 Manual work and singing have a long tradition of cross-pollination, he says. Blues emanated from the cotton-fields of the American south. Sea shanties were written by labouring crew on ships. And an entire catalogue of traditional songs was created by weavers and linen mills. This is perhaps no surprise, considering the musical nature of hand-crafted textile production.

"I was in [Mourne Textiles] recently for an open day. The weavers had a rhythm going. You can imagine a lot of rhymes, rhythms and songs coming out of the work. The hand loom creates its own world inside you: the weaving process is like a heartbeat."

Weaving often crops up in the ballad tradition in the Mourne Mountains region of Northern Ireland. "Weaving is probably one of the oldest crafts in the world. Before there was wool or thread, sticks were woven together, so it's a very ancient tradition. The songs associated with it go right back," says Sands.

It was on a summer's evening all in the month of June
I was sitting silently, condoling at my loom
My scissors they sang sweetly and my shuttle nimbly flew
When I first composed these verses on the maid of Ballydoo

The Maid of Ballydoo (traditional)

The Maid of Ballydoo refers to a townland near Mayobridge and Hilltown in County Down. Banks of the Bann (or Willie Archer, as it's also known) name checks Northern Ireland's longest river, which runs through the Mournes:

Banks of the Bann (traditional) 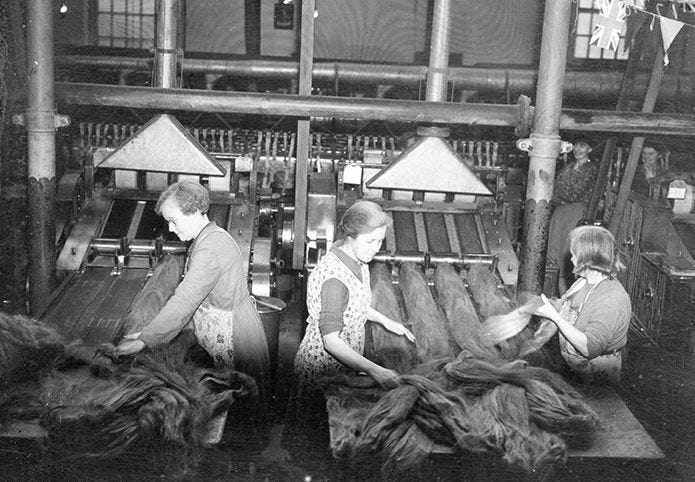 By the 1930s, over 50,000 people were employed in the linen industry in Belfast. This led to a whole host of songs about weaving or set in the mills. Some of these songs explored class rivalry between elements of the weaving trade. "They had a lot of songs where they would tease each other while they worked," explains Sands. "They would sing songs in competition with each other. These are very old songs from the mills in Belfast."

A "doffer" is a mill-worker who removes full bobbins from spinning machines and replaces them with empty ones. A doffin mistress, meanwhile, was responsible for a gang of doffers.

Oh, do you know her or do you not?
This new doffin mistress that we have got
Lizzie Thompson, it is her name
And she hangs her coat upon the highest pin

But it was not only factory weavers who wrote tunes. Home weavers in Northern Ireland wrote songs of loneliness and love.

I am a wee weaver confined to my loom,
My lover she's as fair as the red rose in June.
She is loved by all lovers which does anger me
My heart's in the bosom of lovely Mary.

John Hewitt (1907-1987), considered one of the finest Ulster poets, chronicled weaving lyricism in a book titled Rhyming Weavers: And Other Country Poets of Antrim and Down. 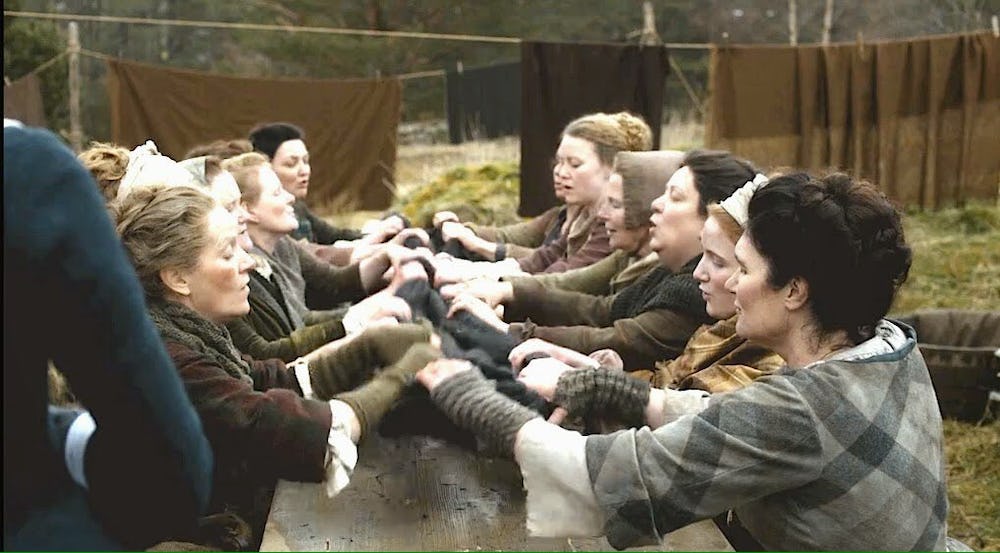 Weaving songs from Scotland also seeped into Irish tradition, explains Sands. "In Gaelic Scotland, there are beautiful waulking songs. Waulking involved women rhythmically beating newly woven tweed. There used to be half a dozen of them on each side of a table. They would push the tweed back and forward and stretch it."

If it was not for the weavers, what would you do

You wouldn'a hae the clothes that's made of wool

You wouldn'a hae a coat of the black or the blue

If it was not for the work of the weavers

The Work of The Weavers (David Shaw, mid C19th)

"The weaving songs were often associated with protest against conditions in the mills and workers rights," he continues.

O, dear me, the mill is running fast
And we poor shifters canna get nae rest
Shifting bobbins coarse and fine
They fairly make you work for your ten and nine 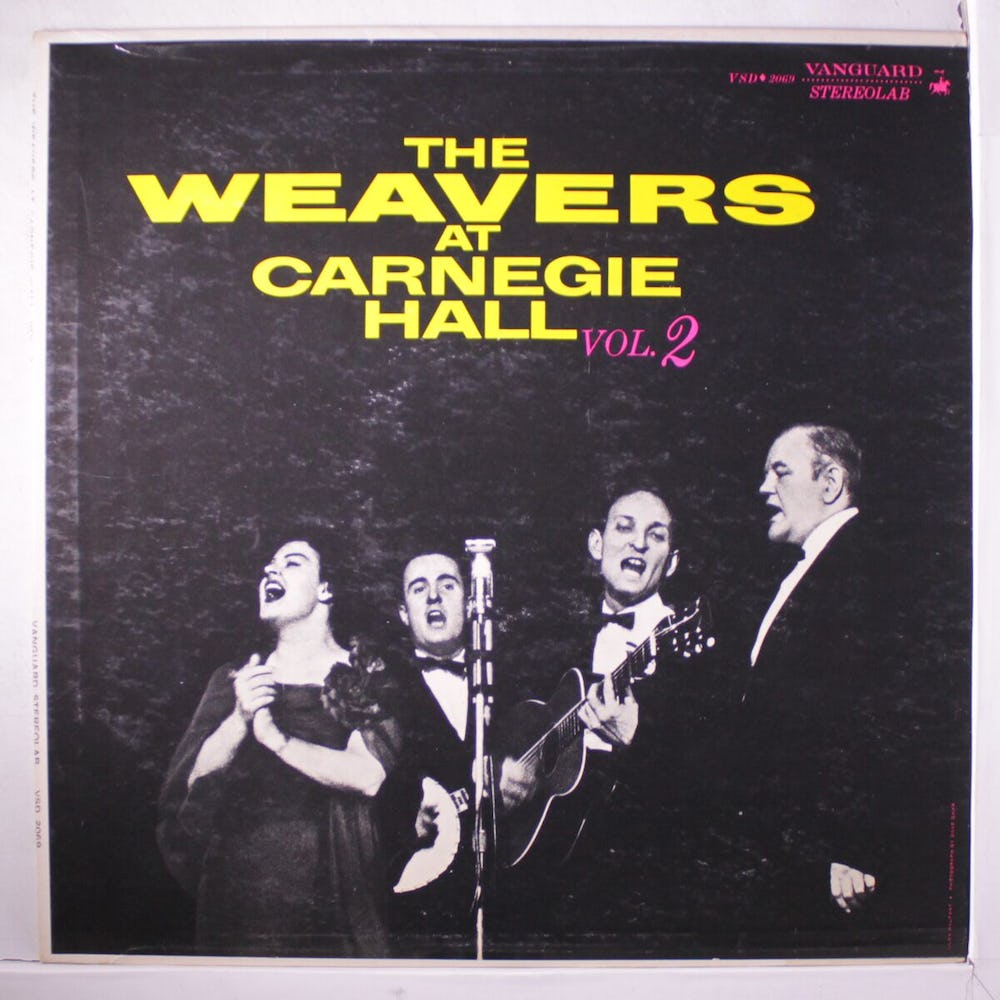 An album cover from The Weavers

Weaving's association with protest music was instrumental to the name of The Weavers, an iconic American folk group that included the singer and social activist Pete Seeger. Formed in 1948, the group fell foul of Joseph McCarthy's Communist witch-hunt during the 1950s.

"The Weavers took up a lot of that tradition around weaving music," says Sands. "It's why they got blacklisted. The Weavers were associated with songs about issues."

Tommy Sands collaborated with Seeger numerous times before the singer's death in 2014. "Pete was very much tuned into the relationship between work, music and song. There are so many work songs to relieve boredom; to stay in time with the job they were doing on the looms. Also, to create a harmony within the workplace."

You may not realise it, but weaving songs are engrained in popular culture. Pop Goes the Weasel, a rhyme with its origins in the 17th century, is thought to reference the device that "pops" whenever the spinner completes a number of revolutions, allowing the weaver to keep track of her yarn. 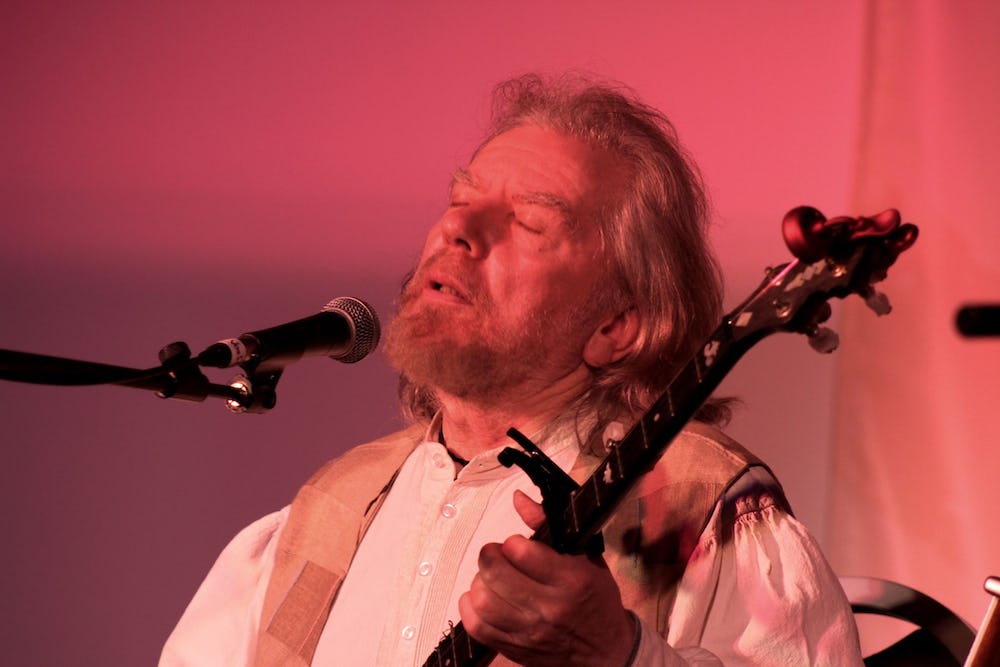 Sands has performed all over the world, and accompanied many different instrumentalists, but there is still one item on his bucket list. "I'd love to play a song along with someone operating a loom," he says. "It would be interesting. A reel would go perfectly with the rhythm. Wouldn't it be great if we could make that happen?"