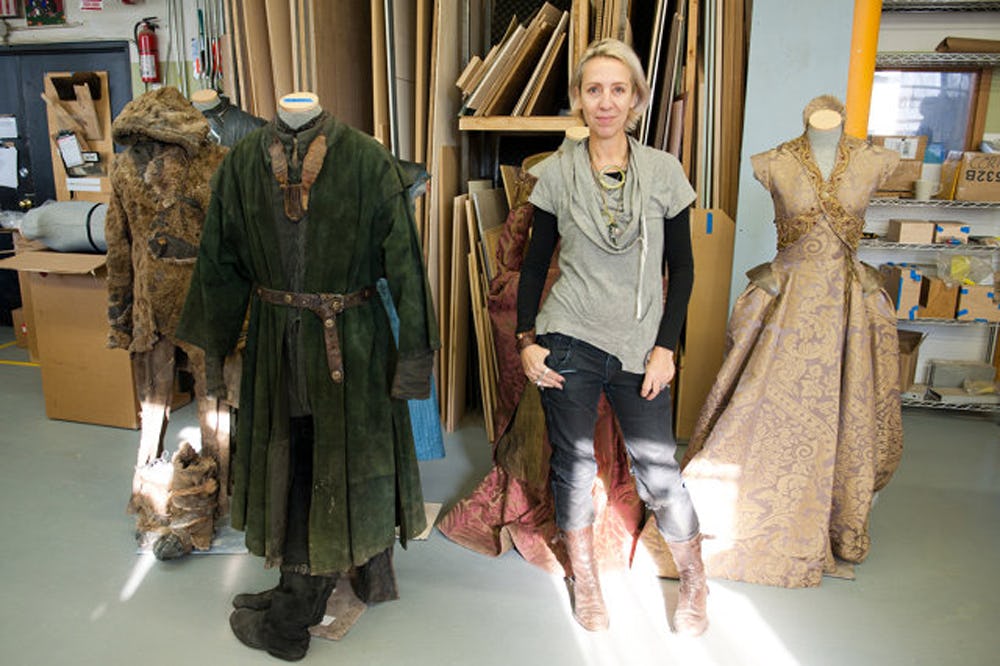 Textiles are not just for show, they are also a way of telling a story. In the third season of Game of Thrones, HBO's hugely popular fantasy television drama, Daenerys Targaryen, played by actress Emilia Clarke, wore a dress adorned with dragon-scale embroidery that became more pronounced as the season progressed. Only eagle-eyed viewers might have spotted this, but Michele Clapton, Game of Thrones costume designer, brings a layer of nuance and subtlety to her costumes. Her task, as she sees it, is to be a storyteller. 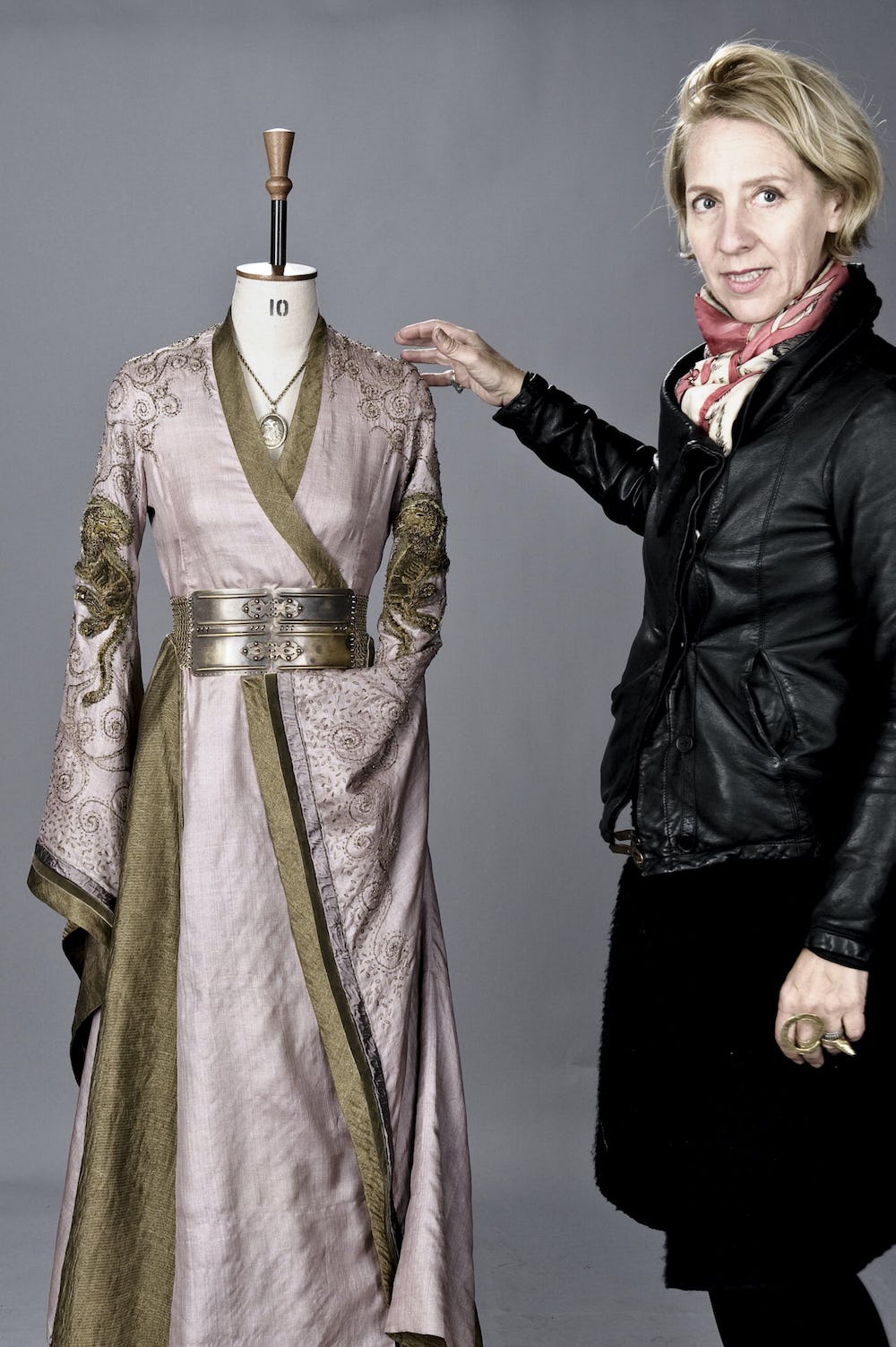 "Costume underpins a character," she says. "It should make an actor feel like their character. It should complete them. I love the idea that clothes tell a story alongside what is happening. Sometimes it can foretell a story, or say something that can't be said. I spend hours going through the plots. 'Why would she should be wearing this?' 'If she's wearing this, what is he wearing?' 'Why would he be wearing it?' I find these questions fascinating."

Mourne Textiles is based at the foothill of the Mourne Mountains in County Down, where we share sweeping vistas and windswept peaks with the world's biggest television drama.

Game of Thrones, nearing it season finale, has filmed in locations around the Mournes, such as Tollymore Forest, Castle Ward, and Mount Slievemageogh. 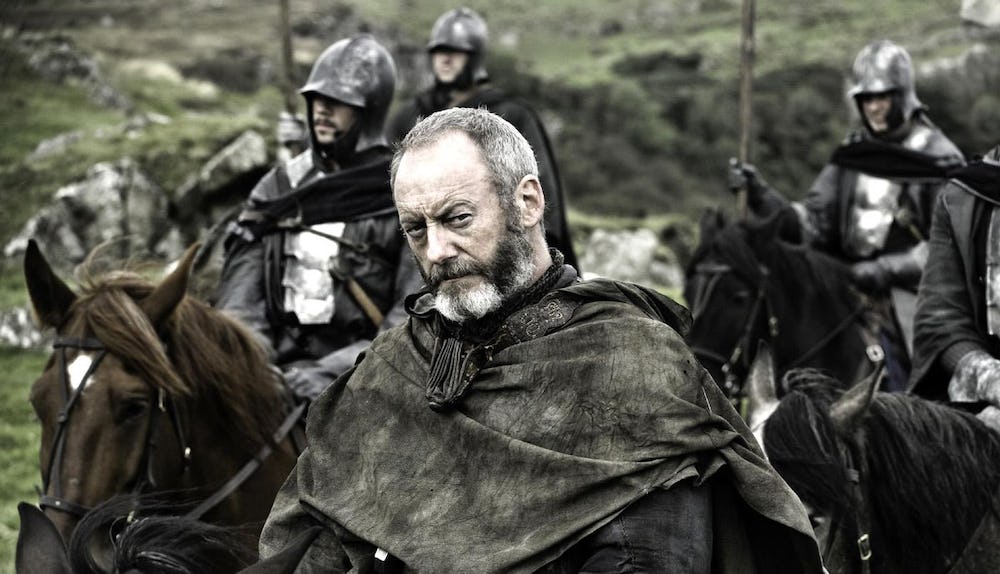 Davos Seaworth, played by Liam Cunningham, in the rugged landscape

Clapton works on most of her costumes in-house at her wardrobe department in Belfast. She heads up a team of weavers, embroiders and armourers, making costumes from scratch and using traditional techniques, including hand embroidery.

Early into the series, which began in 2010, Clapton and her team purchased an old wooden loom, which they set up at the Paint Hall Studios in Belfast, where Game of Thrones shoots interior scenes. "We used bits and pieces of fabric in costumes. Students would come in from the Belfast School of Art and weave experimental pieces."

Game of Thrones encompasses a number of warring factions from different regions around the fictional land of Westeros, each with their own climates. The Starks of Winterfell are perhaps closest to the natural habitat around our workshop in the Mournes. 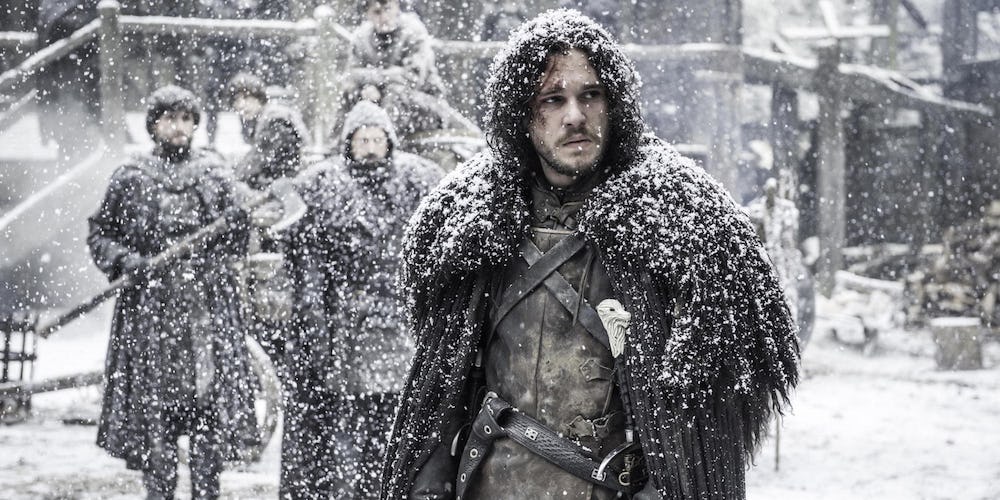 "A lot of the textures I use are taken from plant life," explains the costume designer. "I was looking at what would grow in the North [of Westeros] and wanted the Starks to wear grey-blue to distinguish them from the other families. I read about how you could make arrows from the dogwood tree, then discovered you can make blue dye from its bark. It was so pleasing to discover a tree, growing in that climate, that would provide the blue for the Starks, which gave them this steeliness and warmth." 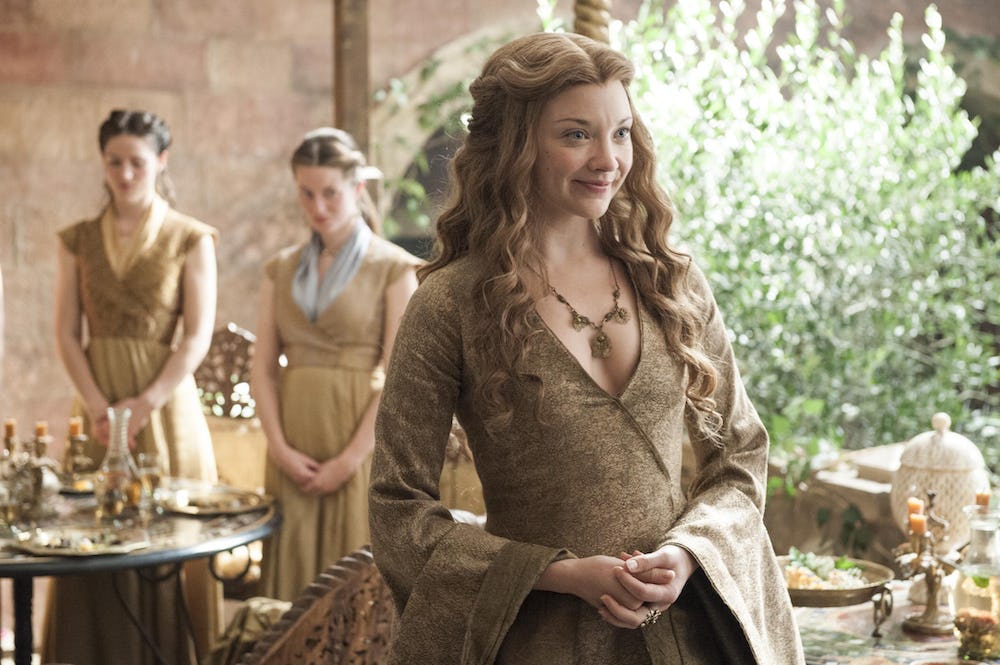 Daenerys Targaryen, played by Emilia Clarke, in a resplendent gown

The costume designer insists on hand-stitching each garment, using natural dyes and genuine material wherever possible. "If it looks like silk velvet, then it is silk velvet. We rust fabric and play with textures a lot. We also work with visiting artists and textile artists."

Game of Thrones may be immersed in fantasy, but its influence over the real world should not be underestimated. Helmut Lang's 2012 fashion line, for example, was inspired by costumes from the television series.

As the show reached its conclusion, the production's loom has been decommissioned and relegated to a distant corner of the Paint Hall studios in Belfast. But its textile constructs will live forever in box sets and online streaming services. This show might have been bombastic in approach, but its stories were meticulously crafted by hand.

The final six episodes of Game of Thrones aired in 2019.